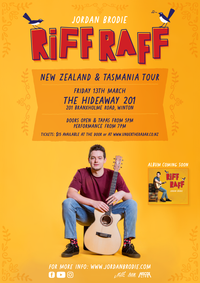 Doors open and tapas from 5pm Performance from 7pm

Tickets available at door door or online at undertheradar.co.nz

Tickets: $15 available at the door or at undertheradar.co.nz